Written Friday night
Saturday is cross the Thames day & we also plan to meet my wife, Jenny & daughter, Lucy as well as our 11 month Cocker Spaniel, Jodie.
All whilst covering a distance further than Friday, with a lovely ridge ascent/descent to start the day into Streatley / Goring.
4 days to go & with a positive attitude to narcolepsy, I know I can still do this…..Tom will ask me when I need to eat / sleep & is a good judge of both distance & stamina (mine!) & I have lost my inhibitions re sleeping on my rucksack by the side of the trail as others walk past…

Written Sunday am ( in retrospect)

Warned it was going to be a very hot day, we set off at 9 and started walking back to the Ridgeway from The Swan in Compton – sun up and very hot. 2.5k to re-join Ridgeway. Legs stung repeatedly by nettles, a nasty patch of insect bites under my rucksack webbing and a couple of cheeky blisters, we sought shade where possible. A highlight would definitely be the quad bike that shot past us, leaving a cloud of chalk dust for us to both wear & digest!

Tweeting / texting fairly erratic as we were in zero G land so apologies from us.

Streatley felt like it took forever to get to with the Downland slipping towards the Goring Gap. We stopped for 15 mins at The Swan in Streatley. Personally, I think they need a major refurb to match their attitude, not rude per se but too far up their own behinds for 2 thirsty walkers who just want to “drink” in the view but probably failed to meet the unwritten dress code!

The walk along the Thames had been something we were looking forward to but of course, in Goring, everyone owns a slice of the riverbank so we were constricted to what could have been AN Other footpath, anywhere. At South Stoke we came across the Pike & Perch but were racing towards the pub symbol at North Stoke. Fatal error as we couldn’t find it and think it is the bar of the golf course & Tom & I were definitely not quite dressed for it.

By this time we had met the all 3 of the girls and after some deliberation set back up the trail to avoid losing time. Plans for a picnic went slightly awry as we knew we had still some way to go on the climb up from Just outside Wallingford to Nuffield.

The section alongside Grims Ditch was a delight, despite being uphill, chalk, flint and roots. I had not had a sleep and was no match for the strapping 15 year old and repeatedly fell behind. I had had no nap and was walking with a stack of bricks on the back of my head (Narcoleptics, you know what I mean) and I swear my legs were actually asleep!

30 mins talking to fellow walkers and we were collected by David Waldie and taken to our B&B in Catslip, Nr Nettlebed. Would highly recommend as they were so helpful when we had a slight hiccup with our baggage failing to arrive & with no mobile signal were rescued by our walk organisers, Celtic Trails and the local taxi company – all coordinated by Mrs O’Neill, thanks…….!

Need to go now as Tom is relentless in pushing us on. A final mention to “Tula” a 3 yr old cocker spaniel who we have asked to take on our walk but apparently only if we bring her back tonight! 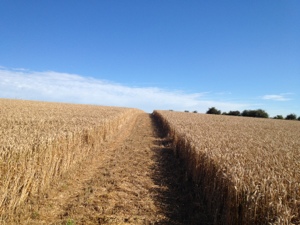 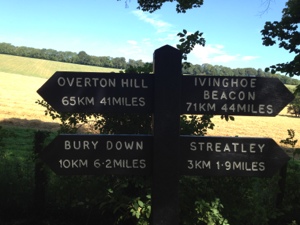 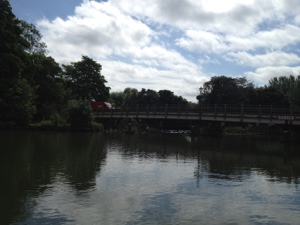 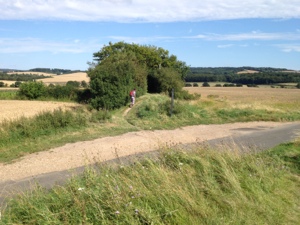 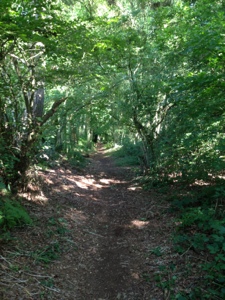 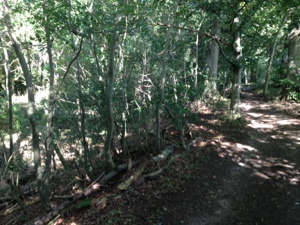 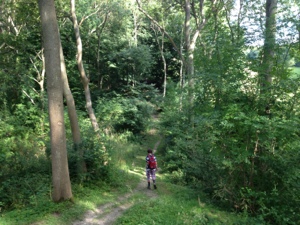 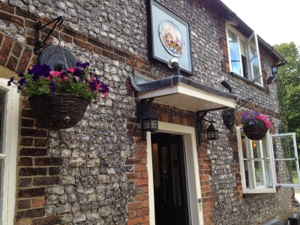 Check out my tweets